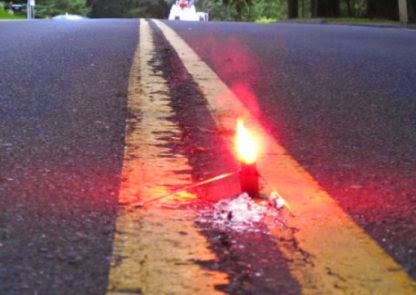 A man charged with vehicular homicide after fatally wounding a pedestrian in a car accident in Toms River, recently admitted to being under the influence of heroin at the time of the tragic incident.

28-year-old Toms River resident Joseph Marsh accepted a plea agreement from the Ocean County Prosecutor’s Office in connection with the aforementioned hit-and-run accident, which occurred on Dover Road, at the intersection of Chamberlain Street, in South Toms River, just prior to 6:00 p.m. on Dec. 16, 2013.  Marsh was admittedly high on heroin when he struck 84-year-old pedestrian William Gaughan of South Toms River. Gaughan reportedly suffered catastrophic head injuries, which ultimately caused his death.

During his recent appearance before Superior Court Judge Wendel E. Daniels in Ocean County Superior Court, Marsh accepted responsibility for the accident and admitted to fleeing the scene while driving under the influence of heroin. Per the terms of his plea agreement, he entered a guilty plea to vehicular homicide and will face a maximum of 10 years in prison when he is sentenced on September 11th. In addition, Marsh will be required to serve 85 percent of the sentence imposed before becoming eligible for parole.

Notably, Marsh was out on bail from a previous arrest involving heroin when the fatal accident occurred. He also pleaded guilty to possession of heroin and oxycodone with the intent to distribute in connection with the narcotics case, which began in 2012 after a search of his residence revealed 10 bricks of heroin, 142 oxycodone pills, marijuana, and $24,829 in admitted drug proceeds.

Although Marsh’s criminal case has been resolved, he may also be exposed to a civil case if the family of the deceased victim chooses to pursue a wrongful death lawsuit on his behalf. This realm of the law, which falls under personal injury litigation, provides injured victims and the families of deceased victims with a legal venue through which to obtain just compensation for the financial, physical, and emotional costs of accidents caused by the negligence of others.